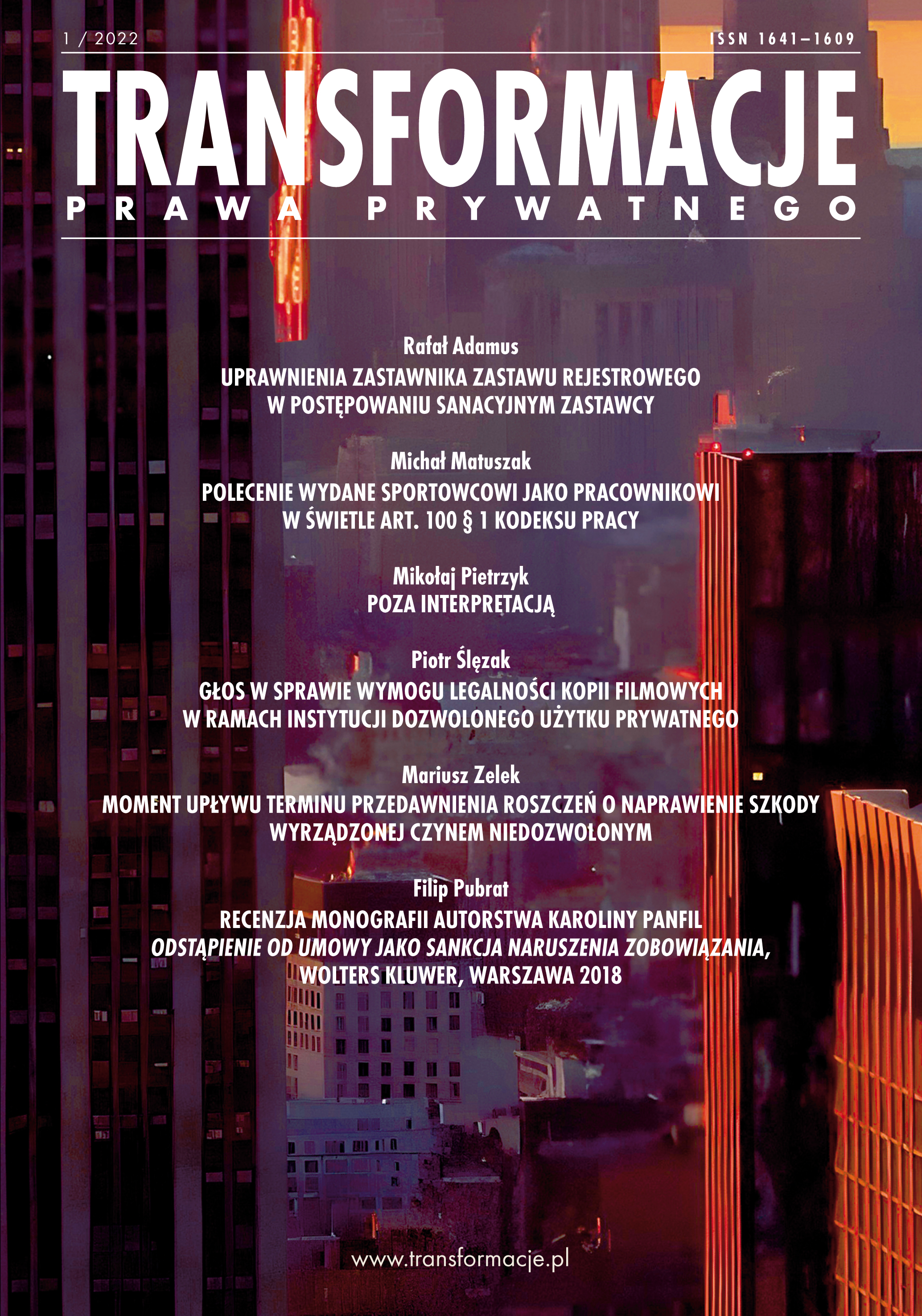 The text addresses an issue that has so far been largely ignored in the Polish literature. The article presents the problem of the reasoning performed by courts within the framework of applying the law, commonly referred to as the interpretation of what the legislator has decided. The author shows that not all of these actions are of an interpretative nature, and that they are, in part, an expression of arbitrary judgments of the body applying the law on the basis of nonlegal arguments. In other words, they are going beyond interpretation. The discussion is based on statements of the doctrine and the jurisprudence of Polish courts, in particular referring to open catalogues, broadening the interpretation and inference by analogy. This sheds new light on the issue of the judicial application of law and may constitute a contribution to the formulation of legislative proposals concerning what is known as interpretative law, following the example of solutions adopted in other legal systems.